The Birth of an ABC Pattern with Donna Farrell Hoy

What a beautiful and inspiring update and story from Donna Farrell Hoy – I felt compelled to share this with you in the hopes it inspires and motivates your teams!  This is what building with the ABC Pattern is all about – and I congratulate Donna on helping lead the parade. This is a great update and really worth checking out because it may be exactly what you need to see to make it all click for you!

I hope your summer has been amazing so far.  I wanted to share with you the progression of what has been happening on my 003 right side since mid-February 2019 as I think you will enjoy the story of how it all started and the ‘birth’ of this amazing ABC group. It will be a fairly long email but personally I think it is spectacular.

It all started with my hair salon appointment on a cold, snowy Rochester, NY day, January 22, 2019 at 9:45 am.  I arrived a few minutes early. As I was waiting my turn, a conversation naturally began between myself, my hair stylist, Robin, and the client currently in Robin’s chair getting her hair done, Lori. I had never met Lori prior to that day.

As we were talking, Lori was complaining that she had to go to work after her appointment and it was about an hour drive away, most likely longer with the snow.  I said ‘oh, I’m sorry you have to drive today’.  Lori then asked me if I had the day off.  I told her “well, kind of, I work from home” (which I hate saying because I can work from anywhere!).

That sparked Lori’s interest enough to ask me the MAGIC question!  “What do you do?”   I answered “I am in affiliate marketing”.  Lori replied with “What’s that?” and all I said was “Well, I help people make money shopping online”.  She said “Well I shop online!”  I told her “I’d love to show you what I do, but it is very visual and I would have to meet up with her and explain it sometime”.  Lori immediately told Robin to give me her contact information before I leave that salon.  Let me tell you where this chance meeting has led so far!

I called Lori Palka a couple of days later.  She was waiting for my phone call! We scheduled a coffee shop appointment for February 2nd and her husband, Mark, came as well. Since I knew it was a husband/wife appointment I wanted another man there with me as I try to never to go on appointments alone,  Michael Voigt, another seasoned business owner here in Rochester, came with me. Michael is not financially connected to my team but absolutely understands the power of cross pollinating.

Michael and I had a great meeting and plan showing.  Mark and Lori Palka understood the concept pretty much immediately.  This led to a registration on February 15th, the week after MAWC2019. Lori and Mark Palka had their first HBP on 2/24/19 with a follow up HBP on 2/28/19.  Michael Voigt continued his cross pollination as a UFO team player and was at these events as well partnering with me to show the plan. These HBP’s led to Jen/Dan Legault and Kevin/Erin McKee.  Both of these couples registered their businesses on 3/1/19 so Lori/Mark Palka were fully activated in ONE day!

I had another hair appointment on 3/14/19 and told my stylist, Robin Bettilyon, all that was going on and guess what, I sponsored her on 4/7/19. Kevin/Erin McKee are awesome at follow ups and continued the process from their HBPs and registered Megan Ayles on 4/8/19. Now Kevin and Erin are Activated! Kevin/Erin McKee also registered their 4th personal sponsorship with Todd/Vicki Brew on 4/9/19. Megan and Janine have moved to hosting HBPs at their houses by this time and Jen/Dan, Kevin/Erin are continuing HBPs as well.

Janine/Ollie Barlach’s HBP led to Marty/Cathy Cook on 4/24/19. Janine/Ollie are now half activated! Jen/Dan Legualt sponsored their second partner, JoAnn Church on 5/7/19, keeping JoAnn on the same common leg as their first partner since they all work together in their day jobs. Todd/Vicki Brew lead to a NEW CITY with their first partner, Andy Kilker on 5/9/19, half activating their business into Binghamton,NY via ZOOM plan showings with Michael Voigt leading the way.and helping. Kevin/Erin McKee now sponsor their 4th personal registration on 5/14/19 with Dr. Rachel/Kayla Waugh.

By this point HBP’s have moved into Marty/Cathy Cook’s house and Rachel/Kayla Wagh’s house as well. Michael Voigt continues to help! By the way, Michael Voigt’s beautiful baby daughter, his first child, Ava, was born on May 10th! Leaders are emerging showing the plan in Mark Palka, Kevin McKee, and Janine Barlach! Mike and I are LOVING watching this happen!  Our goslings are learning to FLY! Lori/Mark Palka now register their 3rd personal partner on 5/22/19, Dr. Tim and Jannine Entwistle.  HBPs move into their home. Janine/Ollie Barlach now register Savannah Frederick on 5/24/19 and the Barlach’s are activated!

By this time, Lori/Mark Palka and Kevin/Erin McKee have now earned their first commission check and are Shop. com’s newest Coordinators!! Robin Bettilyon hosts her HBP 6/9/19 and has people in the follow up process. Todd/Vicki Brew now lead to a second Binghamton, NY connection with Donna Brew who registers on 6/9/19.  Todd/Vicki are now activated! Janine/Ollie have been busy and now have led us into Buffalo Bills Territory with their new partner, Michelle/Rob Greis from the great ‘state’ of Buffalo on 6/10/19.  We love Michelle also because she works for the Bills! Lots of Bills fans on our team. Go Bills!!! 🙂

Meanwhile HBPs are still happening at the McKee’s and we are now hosting what we call “Sunday FUNday Garage HBPs!”  Literally FUN HBP’s in the garage with food/drink after presentation! 🙂 It’s SUPPOSED TO BE FUN! Right?! JoAnn Church hosts her first HBP 6/14/19 and has people in follow up process. Dr. Tim/Janinne Entwistle have led to an HBP  into the home of their first partners on 6/15/19, Shannon and Mike Pille.  Tim/Janinne are now half activated. Shannon and Mike Pille are in the follow up process with key people from their HBP.

Down in Binghamton, NY Donna Brew has expanded her business by registering Heather Benning on 6/21/19. Donna is now half activated! Andy Kilker continues his ZOOM HBPs with tons of help from Mike Voigt/Kevin McKee/Mark Palka.  Andy registered his first partner on 6/23/19, Patrick Kilker. Andy is now half activated! Marty/Cathy Cook have followed up with guests they had at one of our Sunday FUNday Garage HBP’s and that led to Greg Wing on 6/25/19.  Marty and Cathy are now half activated!

Savannah Frederick is in follow ups with many people, but the very first one to register is Donna Edwards on 7/5/19.  Savannah is now half activated! Kevin/Erin McKee and Lori/Mark Palka have already now received their second/third commission checks.  Janine/Ollie Barlach just past volume this week which will officially earn their first commission check on 7/19/19.

During all this time, MANY trainings/ NUOTs/B5s and and an ECCT have happened, a couple local seminars, a district seminar, 8 new owners so far committed to MAIC2019 with tickets and a huge house rented to hopefully add a few more last minute as well! These people have converted their spending to BV products and Partner stores like you would not believe.  When I look at my personal reports and see how my IBV volume has spiked with these people…crazy!  Of course BV too…but the IBV is amazing to watch!

Tomorrow 7/7/19, is the first live HBP scheduled down in Binghamton, NY with Michael Voigt STILL continuing to help this team with no financial connection at all driving down with Kevin McKee. Michael realized when he needs help with his own growing Rochester team, all these NEW leaders will help him on the drop of a dime as well when his team needs it. We have all truly become a huge BFF Framily.  These new UFOs are duplicating like I have never personally seen in almost 7 years.  Imprinting perfectly!

This week we are anticipating more registrations coming out of Savannah Frederick’s prospects and most likely more down in Binghamton too.

The last time I saw you was on the September 2018 Moving Up Seminar where we took the U3 to dock up with the U4 in Connecticut.  That was a beautiful weekend and so magical as goals were realized personally for me.
Michael Voigt and I were also invited to be on the Utopia 4 training in early October 2018 with the Rochester team that went.  I had just had surgery the week prior and unfortunately had complications that prevented me from going. But the awesome Rochester people that were there, Kevin/Becky Byer, Pat/Delene Goode, Carl Eklund, Michael Voigt, Ryan Kimball, Kim/Jim Bowers, Nicole Vosburgh, and I believe Peter Kaiser was there too…they all filled me in on what I missed. Many of them were up on stage at MAWC2019 as well during the AWESOME segment of Chicken/Duck/Geese imprinting.  That was so powerful!

As all of this growth is happening on my 003 leg with this specific group of people, other growth has been happening as well and trying to get this same ABC pattern going like this one has taken off. 🙂 I have more wonderful UFOs on my 003 as well as my 002 side as well keeping the legs running.  Great people like Kim Brown Perkins, Jennifer Fidell Smith, Jim/Sandy York, Dr. John Rosa, Tim/Sharon Lambert, Sheri Duncan, Beth O’Neill, Dr. Dave/Kris Redding and so many more.

Hopefully this long email didn’t waste your time. I’ll attach some photos so you can have a visual. I have a feeling you like to learn how things progress and the fun we are having with it.  I’ll keep you posted as this team moves forward.  They are excited to see you and many of the company leaders in Greensboro and so am I!  See you in 5 weeks!!

Join Me Tonight for Another Powerful Webinar on Zoom! → 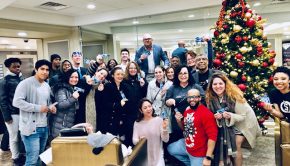 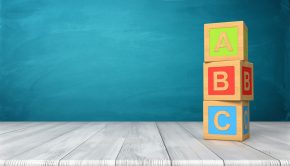