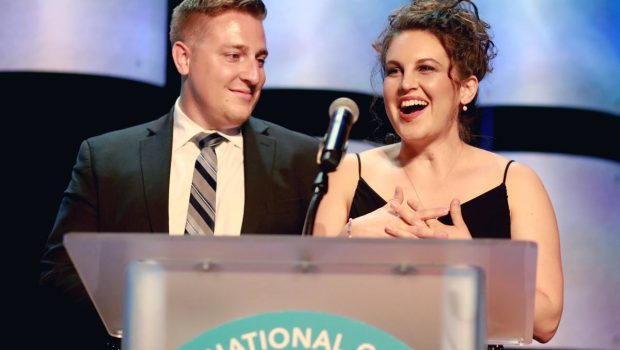 Team, I received an excellent message from Colton and Mikayla Whited that really represents the reality of capitalizing on the momentum of World Conference. This email communication of the week combines insight with action and leadership and makes my day. I love the fact that they represent the next wave of up and coming entrepreneurs as the new generation of migrating geese flying in formation. Colton and Mikayla set a tremendous example for other UFOs to follow, especially the younger generation!

Message from Colton and Mikayla Whited:

Mikayla and I are just getting back from Miami and have barely had time to process how amazing the event was from all the momentum we have been experiencing! We have been “imprinting” even better with some of our new babies that we are building with on the right side of our 002. As an example, we have a couple we have been prospecting who live in Miami. They came to MAWC and were very excited, of course, and after Saturday night we took them to dinner, they said they wanted to get started… so we did…RIGHT THEN.

We had them make about 10 phone calls to their top prospects with us there out of which 6 of those people saw the plan in the last 48 hours out of which 4 of them will be attending UBP’s tomorrow night. Their goal is to have 2 people on each side of their 001 at the Orlando local seminar on March 16 and launch with all of them after that event. We are following a similar ABC pattern with prospects in Arkansas and Louisville as well as our backyard of KC. Thank you for the reminder of how Geese build ABC pattern prelaunch and “Imprint” instead of teach.

With all of the SA changes Marc and team rolled out at the convention it really felt as though a vision became a reality, that promises manifested, and that the Shopping Annuity had truly arrived. I know with all of the challenges over the last few years of rolling out the IBV from a functioning concept to a full-blown reality has been difficult but the metamorphosis seems to have fully come to be! I received a text from a very excited UFO on my team tonight that is a sample of what I have been receiving all day… 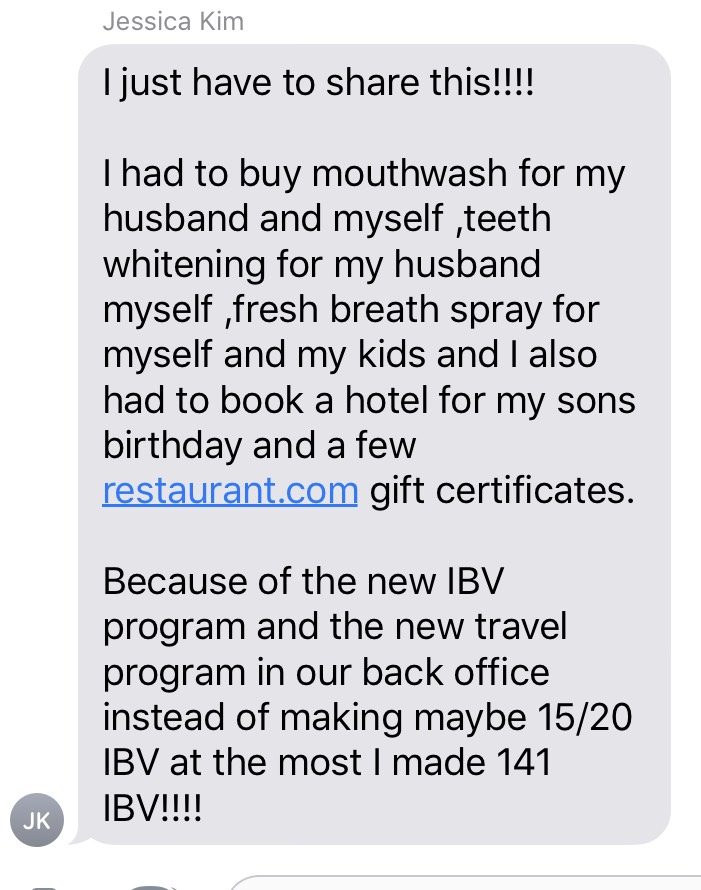 In doing the math I fully expect that by the end of 2019 our 001 will be flushing weekly in the IBV category as it is in BV. Which along with the BV/IBV of our 002 will push us to Director. There is always a sense of Hope and excitement around the conventions and people can’t help but get set on fire when they get close to you, but this event more than any I have been at had a high buy in that if the individuals jumped there was more than a good idea to catch them. For those that have jumped in the past there has always been a wheelbarrow to catch them, but now it feels there is a bridge to walk on.

In summary, I could not be more excited about my personal future, my family’s future, my team’s future and the future of this company and the Shopping Annuity. You have truly done it. You have taken an idea whose time had come and made it a reality that we now live in! For those of us who have seen it and picked up the rocks it is now the best of times… for those who are just seeing it now the path is clear for them to create a legacy! I now see clearer than ever a stadium of Directors and I look forward to counting myself among them in 2019!