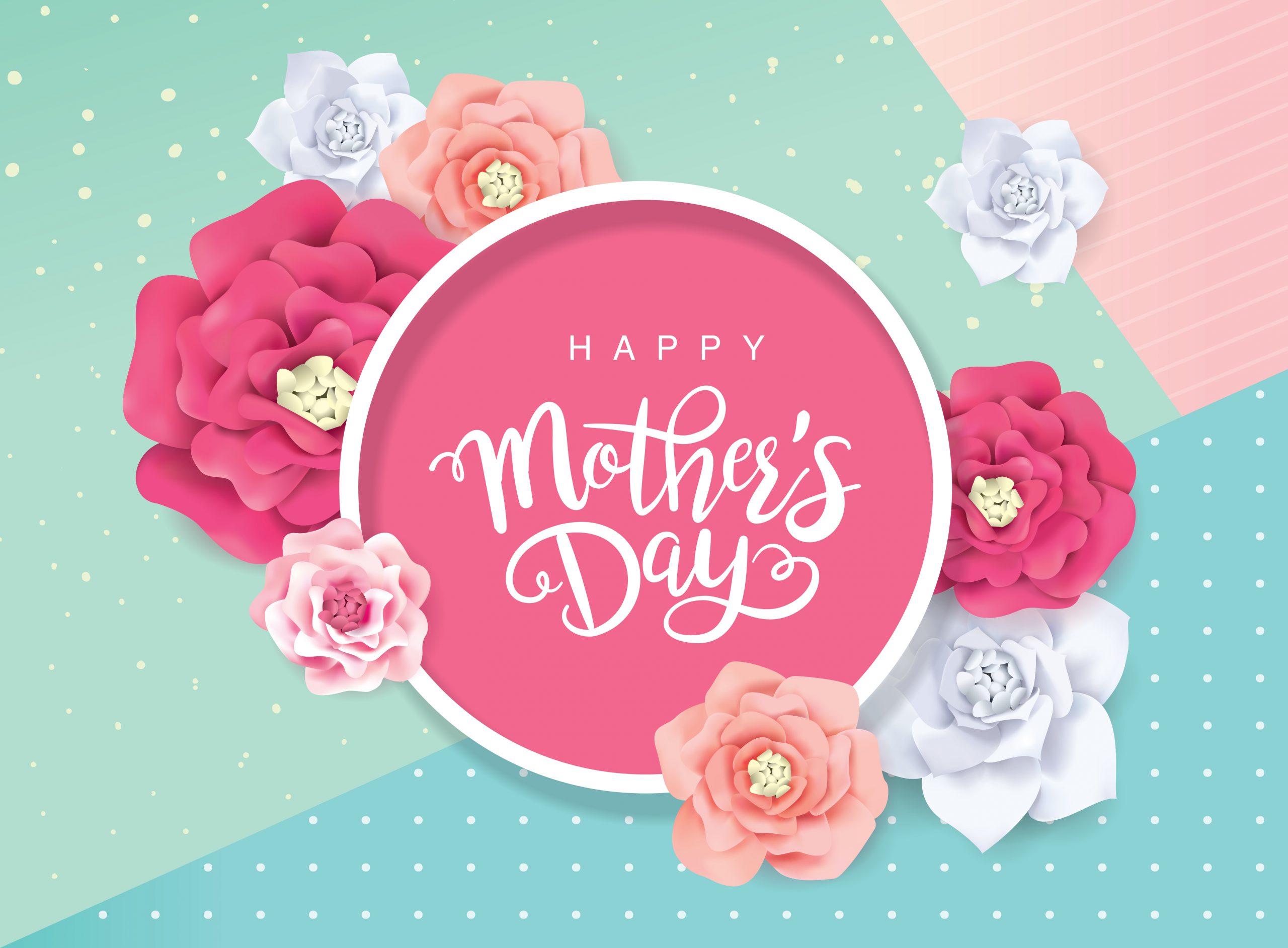 Happy Mother’s Day!!!! Mothers have the most important roles in the world, and Loren and I were both lucky to have amazing mothers who loved us, supported us, and believed in us as we chased our dreams. Now our family is blessed with two Supermoms – Loren and Amber – and I hope everyone has a great time today celebrating with the special moms in your life. I’ve included below one of my favorite works which I feel captures the essence of motherhood and reminds me of all the great moms out there who are building cathedrals every day. HAPPY MOTHER’S DAY!

It started to happen gradually. One day I was walking my son Jake to school. I was holding his hand and we were about to cross the street when the crossing guard said to him, ‘Who is that with you, young fella?’ ‘Nobody,’ he shrugged. Nobody? The crossing guard and I laughed. My son is only 5, but as we crossed the street I thought, ‘Oh my goodness, nobody?’

I would walk into a room and no one would notice. I would say something to my family – like ‘Turn the TV down, please’ – and nothing would happen. Nobody would get up, or even make a move for the remote. I would stand there for a minute, and then I would say again, a little louder, ‘Would someone turn the TV down?’ Nothing.

Just the other night my husband and I were out at a party. We’d been there for about three hours and I was ready to leave. I noticed he was talking to a friend from work. So I walked over, and when there was a break in the conversation, I whispered, ‘I’m ready to go when you are.’ He just kept right on talking.

I’m invisible. It all began to make sense, the blank stares, the lack of response, the way one of the kids will walk into the room while I’m on the phone and ask to be taken to the store. Inside I’m thinking, ‘Can’t you see I’mon the phone?’ Obviously not. No one can see if I’m on the phone, or cooking, or sweeping the floor, or even standing on my head in the corner, because no one can see me at all.

One night, a group of us were having dinner, celebrating the return of a friend from England Janice had just gotten back from a fabulous trip, and she was going on and on about the hotel she stayed in. I was sitting there, looking around at the others all put together so well. It was hard not to compare and feel sorry for myself as I looked down at my out-of-style dress; it was the only thing I could find that was clean. My unwashed hair was pulled up in a banana clip and I was afraid I could actually smell peanut butter in it. I was feeling pretty pathetic, when Janice turned to me with a beautifully wrapped package, and said, ‘I brought you this.’

It was a book on the great cathedrals of Europe I wasn’t exactly sure why she’d given it to me until I read her inscription: ‘To Charlotte , with admiration for the greatness of what you are building when no one sees.’

In the days ahead I would read – no, devour – the book. And I would discover what would become for me, four life-changing truths, after which I could pattern my work: No one can say who built the great cathedrals – we have no record of their names. These builders gave their whole lives for a work they would never see finished. They made great sacrifices and expected no credit. The passion of their building was fueled by their faith that the eyes of God saw everything.

A legendary story in the book told of a rich man who came to visit the cathedral while it was being built, and he saw a workman carving a tiny bird on the inside of a beam. He was puzzled and asked the man, ‘Why are you spending so much time carving that bird into a beam that will be covered by the roof? No one will ever see it.’ And the workman replied, ‘Because God sees.’

I closed the book, feeling the missing piece fall into place. It was almost as if I heard God whispering to me, ‘I see you, Charlotte. I see the sacrifices you make every day, even when no one around you does. No act of kindness you’ve done, no sequin you’ve sewn on, no cupcake you’ve baked, is too small for me to notice and smile over. You are building a great cathedral, but you can’t see right now what it will become.’

At times, my invisibility feels like an affliction. But it is not a disease that is erasing my life. It is the cure for the disease of my own self-centeredness. It is the antidote to my strong, stubborn pride. I keep the right perspective when I see myself as a great builder. As one of the people who show up at a job that they will never see finished, to work on something that their name will never be on. The writer of the book went so far as to say that no cathedrals could ever be built in our lifetime because there are so few people willing to sacrifice to that degree.

When I really think about it, I don’t want my son to tell the friend he’s bringing home from college for Thanksgiving, ‘My mom gets up at 4 in the morning and bakes homemade pies, and then she hand bastes a turkey for three hours and presses all the linens for the table.’

That would mean I’d built a shrine or a monument to myself. I just want him to want to come home. And then, if there is anything more to say to his friend, to add, ‘You’re gonna love it there.’

As mothers, we are building great cathedrals. We cannot be seen if we’re doing it right. And one day, it is very possible that the world will marvel, not only at what we have built, but at the beauty that has been added to the world by the sacrifices of invisible women.

Market America | SHOP.COM Named One of the 50 Best Workplaces of the Year!

Capitalize on Cyber Monday with Great Promotions on SHOP.COM