Giveaway: Apple iPad For Your Thoughts 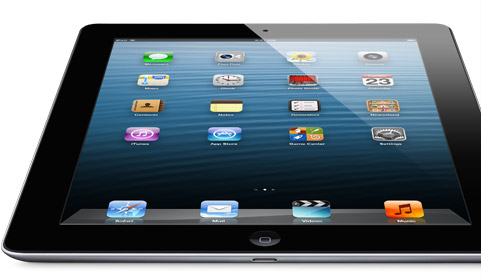 The Apple iPad has been out for just over a month and users (like myself) are ecstatic over the possibilities that it provides.  One lingering question that I have though is whether 3G or WiFi is needed.  With WiFi only model, there isn’t an added expense, since you’ll be connecting to your own network.  With the WiFi + 3G model, not only will you add in an antenna, you’ve just tacked on $130 extra on your base cost  as well plus another $30 per month (if you choose to go with the unlimited plan from AT&T – which doesn’t include a contract for once).  The great thing about the 3G model is that you will get coverage wherever you have a signal (but remember, you’re paying a price for convenience).

So which should you get? This will depend on several things. The first question is when and how do you plan to use an Apple iPad? If it will be a device that you use mostly at home or work where you have an accessible WiFi network, and if you don¹t plan to travel with it a lot, then maybe the WiFi only model is enough for you. Even if you travel a lot, if you already have an iPhone or some other smartphone with a data plan, you may still want to save yourself $130 and opt out of the 3G. However, if you travel a lot without a smartphone data plan, especially internationally, the 3G data option could actually save you money and frustration. Plus, the 3G option gives you the ability to use some of the great Google maps application features (which are only available on the WiFi + 3G model).

The next question is whether you can afford it? If $130 is no big deal, then you may want to go for it. It will make the Apple iPad a very flexible device without locking you into anything that might cost you more money (since there also isn’t a contract with the data plan on the iPad). It will also add a similar amount of resale value to the iPad when you are ready to move on someday. But if money is tight, the WiFi iPad is very usable without that 3G option that many will not use much anyways.

And this is my answer.In the end, the 3G decision is a lot like the iPhone vs. iPod touch decision. This time, there is no monthly contract to make the cost difference as big, but the comparison is very similar.

To answer this question myself, I would buy an Apple iPad but I am currently planning to do the WiFi only model. I plan to use the iPad primarily at home, or, when I travel, it will be used in hotel rooms or other places that I might use my MacBook Pro today. I already have an iPhone for my domestic travel, and although I do travel internationally, I have found that WiFi is usually available. But the 3G option is still tempting, and it¹s possible I could change my mind. I will almost certainly get the 3G version if I upgrade to a newer iPad someday. I especially like the idea of being able to use the 3G without a contract.Since I have given my feedback, I would like to ask for your thoughts your thoughts on the two models of the Apple iPad.  In exchange for your thoughts, I will be giving away one (1) 32GB Apple iPad (WiFi model) to the person who gives me the best answers to the following questions.

I want to know your thoughts on the following questions (and be creative):

The Top 5 answers that I receive will then be reposted and voted upon by your peers. The top vote-getter will then win a 32 GB Apple iPad.

To enter to win an Apple iPad, simply follow these rules:

Your contest entry indicates your agreement to all contest rules and  qualifications.

Score 25% OFF Best Sellers with Mastercard and Click to Pay on SHOP.COM